Hello! My name is Ira. I am the youngest son of Simon ben Judah. My mother Miriam says I came out of the womb observant and quiet. Actually, all the other ladies present the day of my birth say they weren’t even sure I was alive – until, I whimpered my way into my Mother’s arms. I’ll admit, the meaning in my name fits me fairly well – ‘watcher of the city.’ I have been observing the people around me all my life. So, one day, when a man named Jesus had come to town, I had been incredibly curious to see what had the religious leaders so up in arms – and why so many other folks were saying He was the Messiah.

Staying true to my nature, I frequently had noticed the worried frowns which burdened my Father’s face. When it concerned this man called Christ, my father had seemed to always side with the leaders of our community. Their resentment against Jesus ran deep, and Father’s loyalty to the leaders ran even deeper. Until.

It had been like any other dry and dusty walk I had made into town many times before. However, as I had drawn nigh unto the city’s gates, I heard the commotion. The angry faces induced panic within me. Hateful insults had hurled like daggers at the woman being violently drug through the town’s streets. The leaders had been on a mission, not one of mercy like their counterpart Christ, no, they were on a mission of madness. The half-dressed woman, worn and broken, had been thrown down at the feet of Jesus. Little did the men know, their cruel and self-serving pursuit had been about to backfire. At first, I had wanted to turn away from the craziness, until I saw Him – Jesus. He had a blanket of grace and divine authority over Him, it was magnetic. He had stooped down to the ground, and I had wanted to hear what He might say to the men whose words had dripped with sadistic subtlety. They asked him, “Master, this woman was taken in adultery, in the very act. Now, Moses in the law commanded us that such should be stoned: but what do you say we should do?”

Jesus oozed with silent power as He began to take his carpenter’s fingers and construct words of conviction in the dirt. His silence incensed these men. Nevertheless, without pausing too long, they had continued repeating questions, not realizing they were attempting to bait the Creator of the World – with an empty hook.

Confidently, Christ stooped down once more, transcribing on the dusty canvas with worn knuckles. I wasn’t close enough to see, so I have no idea what was written on the ground, but as He rose, He uttered these words, “He that is without sin, cast the first stone.”The men, including my father, turned away, defeated. I watched the religious leaders walk away, carrying not only their wolf-like scowls, but their proud, cruel hands still clutched the stones of judgment.This day influenced me the most because, when Jesus turned to the broken woman on the ground, He had stooped once more, but this time His bending wasn’t too condemn anyone. His merciful bow was to lift her up, offering her hope and forgiveness with these words, “Woman, where are your accusers? Neither do I condemn you. Now, go and sin no more.” There was such a gentle authority in His voice; I knew the same thing she did that day – surely He was the Son of God, the Savior of the world.From that day forward, she and I followed Jesus wherever He traveled. We learned, laughed, cried, fellowshipped with Him. And, oh how we marveled at His ministry. I found this man to be gentle, yet, revolutionary with His bold love, teaching and compassion. I witnessed the physically doomed healed of illness, beggars find their sight, lame men walk again, and, the outcasts without a place, find complete acceptance.

We followed Him all the way – even as this precious the Lamb of God willingly went to be crucified. As I gazed upon the jeering crowd, it broke my heart to see Him so abused and broken. They mocked, beat and eventually murdered the King of Kings, and Lord of Lords, at Golgotha. The hands they drove nails into at Calvary were the same ones that healed, broke bread to feed the thousands, calmed the winds and seas, and brought hope to so many.I was truly who He made me to be, in the end – Ira, the watcher. Yet, I no longer held interest in watching the world. I would now, and forever be, a man with an eternal perspective – looking to the Author and Finisher of my faith. He will always be the gentle Savior who stooped down to make things right for the broken and lost, my Redeemer, the One who called me friend.

This site uses Akismet to reduce spam. Learn how your comment data is processed.

I’m thankful you popped in… 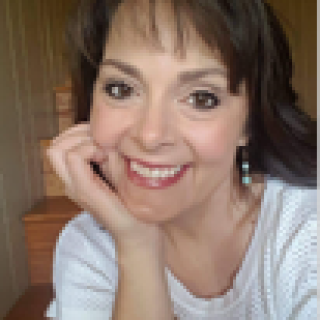 I am a wife, daughter, sister, step-mama, aunt and friend. I love Jesus, and I strive each moment to be a kingdom-building woman seeking after His heart. My day job is being a teacher to some amazing kids - teaching makes my soul happy. Neverthless, as I journey through this life, encouraging other women in Christ is where I find a depth of treasure I cannot explain. There is such healing to be found in lifting another up. My prayer is to share my flaws and my faith, all to edify others and glorify my Savior!